This journey of Dr. V. P. S. S. M.’s begins from 14th august,1984 with the establishment of P.V.P.I.T, one of the first private engineering Institutions in southern Maharashtra which still remains the flagship institute of the Dr. V. P. S. S. M.’s trust with the sole objective of meeting the long felt need of a centre of scientific and educational research, rural up-liftment which would meet the challenges of the present and the future technical advancements of the fast changing world. Dr. V. P. S. S. M.’s Institutions were established as a society and charitable trust. Since then, the P. V.P. I. T. Institutions have grown leaps and bounds, made a strong impact in the field of engineering education. In a single campus, in the state of Maharashtra, covering almost 36 acres of area, at the P. V.P. I. T. Budhgaon, provides education in the fields of Engineering.

An initial step taken by a great visionary Late Dr. Padmabhooshan Vasantraodada Patil, who nurtured a strong conviction to provide the best of professional education to the society today, has resulted in a strong educational realm. P. V.P. I. T. Institutes, today ,boasts of the best infrastructure facilities and application of varied teaching methodologies. With highly qualified and dedicated faculties, the group has grown leaps and bounds and will continue to do so looking for both horizontal and vertical growth patterns. Presently, we have more than 250 teaching faculties and almost more than 150 supporting staff.

Our Institutes are affiliated to the Shivaji University Kolhapur, M.S.B.T.E. Mumbai.

P.V.P.I.T. Institutions Group believes in developing the overall personality of its students in order to create future responsible global citizens. Hence, imparting training is done based on the five core values of the P.V.P.I.T.’s holistic development policy –

P.V.P.I.T. Institute have traversed the path of rapid development in education, along with the nation, often responding positively to changed needs and at times initiating significant changes. We have evolved in twenty-Nine years by overcoming tough hurdles set more by limitations of thinking in that era, rather than lack of ability, to arrive at a point where we can explore the vastness of knowledge and possibilities on the global canvas. Dr. V. P. S. S. M.’s, it’s never about which of our institutes you choose to study in, it is more about how and where you reach in life thereafter.

Around 6 Decade ago, the Co-operative moment was started by late Hon’ble Dr. Vasantraodada Patil , the then, Chief Minister of Maharashtra State and Ex-Governor of Rajasthan, with a vision to establish Businesses and Industries in Co-Operative Sector. As such, late Dr. Vasantraodada Patil, established the Sugar Factory namely VASANTDADA SHETKARI SAHAKARI SAKHAR KARKHANA Ltd (VSSSK) SANGLI, which is running on Co-operative Sector successfully for the last 60 yrs. VSSSK is one of the biggest Pioneer Factory with Augustus body of Board of Directors consisting of farmer’s representatives.

Further, while late Hon’ble Dr. Vasantraodada Patil , was in the Chair as Chief Minister of Maharashtra State, had passed a bill unanimously, in consideration with the then Port-folio Ministers at his Cabinet regarding starting Technical Institutions like DEGREE AND DIPLOMA ENGINEERING COLEGES, Dental Colleges, Ayurvedic, Pharmacy, Homeopathy, Allopathic, Yunani, and Non-Technical Institutions like B.Ed. and management colleges, all-over the State of Maharashtra to run on NO-GRANT BASIS and the permission was also granted to such Institutes to run on no-grant basis in1983.

As a matter of fact, our Institute namely; Padmabhooshan Vasantraodada Patil Institute of Technology, located at Budhgaon, outskirt of Sangli City on the way to Sangli Tasgaon Road, is established by Vasantdada Shetkari Sahakari Sakhar Karkhana Ltd. Sangli, under the Trust namely; ‘Shetkari Shikshan Mandal’ Sangli. This Institute was inaugurated at the auspicious hands of late Dr. Vasantraodada Patil on 12th September in the year 1983. This institute is catering education in engineering fields of Degree and Diploma and is functioning till date successfully. The aim of opening and starting this Institute is to impart education to the deserving candidates of the vicinity of Sangli and of Maharashtra as well.

This Institute is affiliated to Shivaji University, Kolhapur, approved by the Directorate of Technical Education, (DTE), M.S. Mumbai and Recognized by All India Council for Technical Education, (AICTE), New-Delhi. The institute has an approval of many important U.G. programs like; MECHANICAL ENGG, CIVIL ENGG, ELECTRONICS ENGG. ELECTRONICS & TELECOM., CHEMICAL ENGG, INSTRUMENTATION ENGG and P.G. programs like M.E.(Mechanical-Heat-Power),M.E.(Mechanical-Design),M.E.(Civil-Structure) and M.E.(Electronics). We are proud to state that, the students of this Institute and wards of farmers have passed-out with higher ranking and good results and are placed in higher positions in industries/educational institutions/research organizations in and out of the Country. We are trying our level best and putting our efforts to progress on the same path, as guided by late Dr. Vasantraodada Patil.

To become a leading institute in providing high quality technical and engineering education to the aspirants and serve the industry and society through excellent educational programs, Creativity and Research.

To meet short term and long term engineering manpower needs for social, techno-economical development of region and nation through teaching, research, consultancy and service. To contribute advancing of knowledge and wisdom in science and technology for the human welfare. To cultivate skill, lifestyle and habits of lifelong learning to adopt knowledge based global civilization. To create highest standards of education with noble values of ethics, morality, integrity and humanity. 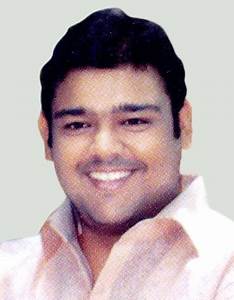 With the advent of globalization and rapid advancement in economy, enormous opportunities have been thrown open at the doors of Indians. Engineering education has undergone many conceptual changes. Since, its establishment as a discipline of serious study, innovations and research after the industrial revolution. So, we hope earnestly in that the aspirants of engineering will find here opportunities and after organization should be the leaders in their respective field.

I feel our engineering education system is facing a number of challenges and hardships be it trained faculty curriculum, design, quality system issuance, lab facilities which need identification and steps for alleviation. The institute aims at empowering the youth with a technology that insures their employability & socially relevant quality in their personality.

Dr. P. V. P. Institute Of Technology endeavors to shape the youth of Maharashtra to face the challenges. The institute mission is to create highest standards of education with Nobel values of ethics, morality, integrity & humanity. Established in 1983, the institute predominantly caters to rural & sub urban area youth of Maharashtra. It is managed by Dr. V.P.S.S.M. The society believe in “Service through education” & looks forwards to ensuring this institute becoming educationally vibrant & excellent in the years to come.

Ragging is totally prohibited in the campus and outside the campus and anyone found guilty of ragging and/or abetting ragging, whether actively or passively, or being a part of a conspiracy to promote ragging, is liable to be punished in accordance with these Regulations as well as under the provisions of any penal law for the time being in force.

In view of the directions of the Hon’ble Supreme Court in the matter of “University of Kerala v/s. Council, Principals, Colleges and others” in SLP no. 24295 of 2006 dated 16.05.2007 and that dated 8.05.2009 in Civil Appeal number 887 of 2009, and in consideration of the determination of the Central Government and the University Grants Commission

a) Ragging within or outside of any educational institution is prohibited.

b) Whosoever directly or indirectly commits, participates in, abets, or propagates ragging within or outside any educational institution shall, on conviction, be punished with imprisonment for a term up to 2 years and / or penalty which may extend to Ten thousand rupees.

e) If the head of the educational institution fails or neglects to act in the manner specified in section “d” above when a complaint of ragging is made, such person shall be deemed to have abetted the offence & shall, on conviction, be punished as provided for in section “b” above.

ADIMINISTRATIVE ACTION IN THE EVENT OF RAGGING:

The institution shall punish a student found guilty of ragging after following the procedure and in the manner prescribed here in under:  The Anti-Ragging Committee of the institution shall take an appropriate decision, in regard to punishment or otherwise, depending on the facts of each incident of ragging and nature and gravity of the incident of ragging established in the recommendations of the Anti-Ragging Squad. The Anti-Ragging Committee may, depending on the nature and gravity of the guilt established by the Anti-Ragging Squad, award, to those found guilty, one or more of the following punishments, namely;

Thank you for reading!